Du Manège park was a thick  in the hills of Bunker Hill, with a simple horseback riding trail.  But with the development of du Manège, de l’Écuyer and du Sellier roads there was a need for a family park.  The municipality created the du Manège park 11 years ago and gradually equipped it with:
– A sandbox
– A play structure for 5 to 12 year olds
– 4 big swings
– 2 swings for children 2 and under
– A multi-purpose green area (with goals)

Have fun, it’s good for you! 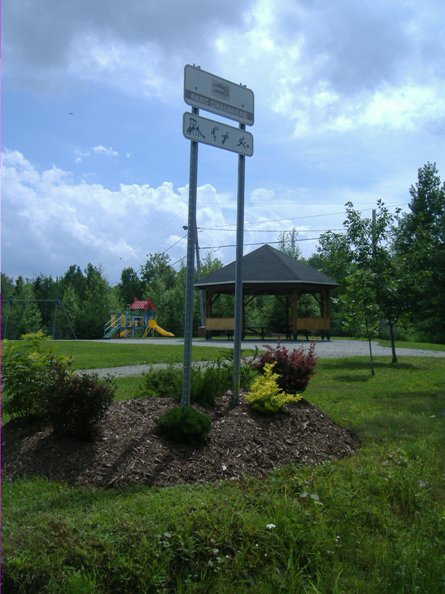 When Belvedere Heights was still part of the municipality of Ascot, children were already playing in the area now known as parc Chaumière.  When the area became part of Canton de Hatley, it was seen as a place for park.  The park was created in 2004.

The Park Chaumière, is named in reference to the well known bar La Chaumière that now includes:
– 2 pic-nic tables under a gazebo
– A sandbox
– A game structure for 5 to 12 year olds
– 6 big swings
– A climber
– Two see saws
– 2 swings for 2 years old and under
– A volleyball area
– A basketball court
– A small walking path
– A multi-purpose green area

Come play and enjoy the tranquility!

Subscribe to our newsletter
for the latest news from the Canton.